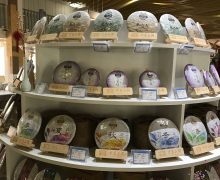 The puer bubble burst last year. By in large, the people that were hurt worse were the speculators. Not the big collectors, they didn’t buy during the bubble, and were wise buyers when they were. The people that really got burned were the Chinese wholesalers and small shop owners that fueled the bubble. The people… // MORE