‹ What’s So Special About Aged Tea?
Spring Harvest 2020: Holding to Core Values in an Uncertain World › 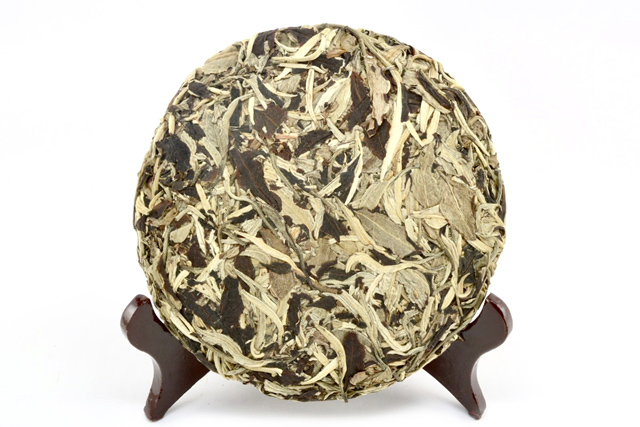 Yue Guang Bai (White Moonlight) is one of the most beloved teas in our catalog. Yet despite its popularity, it seems to be a difficult tea to categorize.

Is it sheng puer? Its Yunnan origins and its tangy, herbaceous aromatics suggest it could be. It lacks sheng puer’s typical astringency, though. Is it white tea? With all that that puffy white down you might peg it for a batch of Bai Mu Dan (White Peony) at first glance. However, on close inspection, the backs of those leaves look too dark — almost black — could it be a black tea? And really, when it comes down to taste, it doesn’t precisely match the profile for any of these categories. So what’s the deal?

What makes a type of tea?

Like all teas, what exactly White Moonlight is has three main considerations: Its origin, the plant variety from which its leaves are taken, and the processing to which those leaves are subjected.

The first two points are fairly straightforward: White Moonlight comes from Yunnan province, Jinggu county, specifically Ming Le village, where the mother bush of its variety still grows. The variety developed from that mother bush is called Yangta Da Bai Cha 秧塔大白茶 (also known as Jinggu Da Bai Cha). Tea from Yangta Da Bai Cha is identifiable by its large silver-white buds and stand-out “fresh olive” aromatics. Those large silvery buds of Yangta Da Bai Cha were used in the production of an all-bud tea Bai Long Xu (White Dragon Whiskers). The planting of this variety really started in earnest in the early 1980s when the local government selected it for promotion to tea growers.

The third point, as to how White Moonlight is processed from the leaves of Yangta Da Bai Cha, is where this pedigree gets complicated. White Moonlight is made without a de-enzyming “sha qing” step in its processing and instead is subjected to a long wither to dry the leaves and bring them to stability. This is the same general idea used in making white tea in China’s eastern province of Fujian. So is does that make White Moonlight a white tea? Well, to answer that question we have to agree on exactly what white tea is.

What is white tea?

Modern white tea (not unlike puer!) has come into its own out of a niche regional style in Fujian province. Famously from the Fuding county area, white tea is made with leaves from the small-leaf tea bush (Camellia sinensis var. sinensis), usually the Fuding Da Bai and Jenghe Da Bai named varieties. The puffy white down and sizable buds in these Fujian varieties are responsible for the distinctive “white” leaf color associated with the white tea style. Despite being an altogether different variety, the Fujian cultivars look visually quite similar to Yangta Da Bai Cha, which also grows large tea buds with a prominent cover of fine leaf hairs known as trichomes.  As mentioned above, Fujian white tea processing follows the straight-forward idea of drying tea leaves aggressively with a long wither. This may be accomplished with withering in the sun, if the weather is permitting, and/or on withering racks with air forced through. There is a final low-temperature heated drying to fully stabilize the leaves at the end of this process.

There is some obvious overlap in how White Moonlight and a classic Fujian white tea are processed (more on this below) but how this technique came into use in Yunnan is debated. It is possible that this type of processing existed in Yunnan for some time; tea processing in the rural areas of Yunnan was rough and variable until the 2000s and tea makers may have already been using this technique independent from any influence from Fujian white tea. Another argument is that tea makers in Yunnan (perhaps weary from the boom and bust of the puer bubble in 2007 and eager for a chance to diversify) took an interest in imitating Fujian’s Bai Mu Dan using their local plant variety. Austin says he wouldn’t be surprised if Yunnan tea makers were exposed to white tea through the influx of fake maocha showing up in Yunnan during the puer boom. Whatever the inspiration for these techniques, we know at least that the name “Yue Guang Bai” didn’t appear on the market until the late 2000s.

Roughly, the processing of both Yue Guang Bai and Fujian white tea involve a long withering period after harvesting that dries the leaf to stability. Although the general steps are the same and Fujian white tea processing may be the basis for the technique, the process now used in Yunnan to make White Moonlight is not exactly the same as Fujian’s. Tea makers in Jinggu made necessary modifications to suit both the different plant variety and Yunnan’s warmer climate. For example, White Moonlight is fully air-dried; it differs from Fujian white tea in that it does not usually incorporate an oven roasting at the end of processing to dry the leaves completely. Additionally, Yue Guang Bai’s natural wither finishes in a much shorter time, usually within 24 hours, as opposed to the 36-hours-plus required for a natural wither in Fujian. Such differences are possible in the hotter and drier climate of Yunnan’s dry season (especially with the effects of climate change underway). The big difference, the one that contributes to White Moonlight’s namesake, is that the wither is usually kept “dark.” Yue Guang Bai leaves are not withered in the typical hot noon sunlight. Rather, they are withered indoors or can even be withered outside at night (poetically speaking) “under the moonlight,” if there’s a nice dry night-time wind picking up over the cooling land. This “dark wither” is thought to give the tea a softer character.

Even with the shorter withering period, the backside of Yue Guang Bai’s leaves appear well oxidized and almost black. The deep color doesn’t necessarily indicate a higher degree of oxidation than Fujian white tea, but is actually a difference in how the Yangta Da Bai Cha tea plant variety reacts to the oxidation. Some sources suggest that Yue Guang Bai actually owes its namesake to the visual contrast of the silver-white glow of its outer leaf and buds against its nearly-black inner leaves, resembling the moon in the night sky.

So what is it?

So with all this considered, how can we classify Yue Guang Bai “White Moonlight”? It’s not unreasonable to call it a “Yunnan white tea.” If you’re strictly looking at processing, this classification probably makes the most sense, but Seven Cups categorizes it as puer tea. Why? We consider origin and plant variety to be really important in determining style, maybe more so than other folks, so we’ve put it on the shelf next to sheng puer teas.

Recall that both white tea and puer tea are niche regional styles that made a remarkable break into widespread popularity about the same time. Just as the terroir of Yunnan has played a role in defining puer tea as a style, we should remember that the qualities of white tea were also born from the specific climate and plant genetics of Fujian. Consider also that in the last few years, at the same time that Yunnan tea makers started making White Moonlight, it has also become more and more popular for Fujian’s Bai Mu Dan to be compressed and aged. Although this compressed and aged tea superficially resembles a cake of puer, I think most tea lovers would hesitate to call those compressed white teas a “puer tea” given that their leaf material and origin is so different. We feel the reverse is true in the case of White Moonlight.

The influence of tea-making trends flows where there is money to be made, styles change, and definitions get complicated. In light of this, categorizing a tea into a specific style is always going to be a shorthand — useful, necessary even, but imperfect. Fortunately, specific details on origin, plant variety, and processing are more and more often available as better tea vendors make efforts to improve information-sharing along their supply chains. If you have these details on hand, placing a single tea into a specific category is almost a moot point.