This is a ruling I’m glad to see. We have been on-line for 7 years, and we have seen a lot of things change. A lot of the changes have been great, but I haven’t seen an explosion in integrity. I have seen some awful things, like the websites that have been selling cheap oolong tea for weight-loss and charging ridiculous prices for it as well. The tea review sites have been awful too. Not all of them, of course, but the sites that were so obviously using reviews as a marketing tools, giving free tea to people that clearly knew very little about tea for writing a review.

I tracked tea blogs for a while to see what was happening about a year ago. The worst ones were the tea review sites.  There were some sites that did a really good job at trying to be objective, but they are certainly in the minority. I watched as these people just stopped writing out of frustration. One writer that wrote a bad review of a tea from a large internet company got slammed when she showed up at their booth at the World Tea Expo.

I want to say also that I have sent tea to a few reviewers that I thought were doing a pretty good job, but after I tracked web blogs for a while, we established a policy that we would not provide tea as a general rule.

In the years we have been online we have been hacked, we have had content plagiarized, and had to deal with the wild west of the e-commerce; we just figure that it comes with the territory. We also support the open communication that the internet offers, and we don’t want to see it change. We are, however, supportive of full disclosure and transparency in marketing and advertising.  We want to be part of an industry that is known for it’s integrity rather than it’s deception. 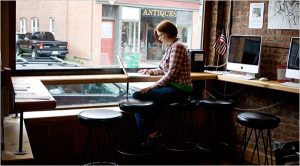