From the beginning of American history China has been an important trading partner. One of the causes of the American Revolution was the monopoly of the East India Company that made it illegal for us to trade with China directly. Tea was the key element in that trade, helping to make America’s first millionaires. Throughout our history, there has never been a tariff on tea. A tax on tea supplied to us by the East India Company sparked the revolution. For the first time, a tax on tea has been threatened by the Trump administration. Will it happen?

So what is a tariff? A tariff is a tax that an importer must pay on a product being imported. Tariffs are usually put in place as an attempt to protect a native industry. For example, in the case of steel, if any other country is making steel cheaper than the American steel industry can make it, then a tariff on steel would equalize the cost so that the steel industry could be competitive in the American market. Even though tea is grown in the US, there is no tea production industry to protect. There are no tariffs that are paid by the Chinese. Importers pay the tax, and that cost is passed along to wholesalers, which pass it along to retailers, and then to customers. That usually means that customers are paying more than the tariff.

Is it likely that there will be tariffs on tea?

No one can predict whether Trump will pull that trigger. The chances today are high. Let me just discuss what might happen if he does: First of all, only Chinese tea will be affected. That will mean there will only be a limited impact on the overall tea market in America. Most of the tea imported into the US does not come from China, or even India for that matter.

How will it affect the American tea market?

America is a very large importer of tea but the majority of our tea comes from South America and Africa and more recently, Vietnam. America loves cheap tea, and along with Germany, has put a lot of focus and energy into flavoring and blending to make it palatable. Chinese tea is really a minor player in the American market. Most of the Chinese tea imported into America is very cheap to begin with. Cheap tea will be easily replaced from other sources, and if not, it won’t be missed.

What’s going to happen to the ‘specialty tea’ market?

This market is very small and can be divided into two general categories, legal importers and pirates and smugglers. Tariffs will affect these two supply chains differently so it is worth explaining how both operate. In the context of quality tea, both are trying to do the same thing: get better quality tea to consumers. The difference between the two is worthy of its own blog, but here is a quick breakdown in relation to how tariffs will affect both. 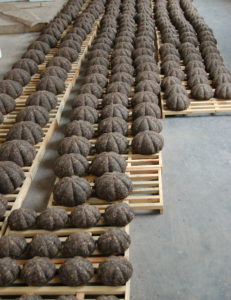 Direct importers, most of which are small companies, are going to have to factor the cost increase of tariffs into their prices. Already factored into the current price are the costs of exporting from China legally and the transportation costs. This means that while these companies will pay an additional 10% – 25% on the base cost of their tea, this cost increase applies to just part of the mix that makes up their net costs. The percentage of their retail price increase because of the tariffs will be less than the amount of the tariffs, so less of a shock to their customers. Some larger companies will also have economies of scale and will be able to have that advantage in pricing. Additionally, importers are the beneficiary of the changing exchange rate, another important force in the trade war. As the US threatens tariffs to make Chinese goods more expensive, China is devaluing its currency. A devalued Yuan makes Chinese goods less expensive — provided you are paying in Chinese Yuan. While importing firms will likely have to increase their prices in reaction to the tariffs, it is not likely to be a straight 10% or 25% increase. These firms can absorb some of the cost increase with a combination of tools and circumstances.

Pirates and smugglers in the 21st century operate in a different way than in the past. They are smuggling out of China rather than in, circumventing the very strict laws for exporting out of the country. They accomplish that by having websites that are hosted outside of China but the fulfillment process happening from within China. The servers can block the Chinese government from seeing their sites, so they can operate under the radar. They are very often located by wholesale tea markets so that they can avoid carrying much of an inventory, and only need to buy the tea when ordered, which they then ship through the Chinese post. After the tariffs become effective, the duty on these shipments will be collected by the US Post Office. Their customers will pay the duty like any other importer. Items are bought and sold in US dollars, so there is no possible mitigation from a favorable exchange rate.

How will the tariffs affect Seven Cups?

For the 2019 tea season, Seven Cups will not be affected at all. We have already purchased all of our tea for this year. Next year, if we are forced to, we will have to adjust our prices. We will do everything we can to lessen the impact on our customers. We do have some tools to use, the most powerful of which is our very long relationships with our producers. Hopefully it will not come to that. We did survive the crash of the global economy and we will survive tariffs. In fact, the changing exchange rate has allowed us the lower prices for our brokerage customers this year.

What could stop the tariffs from being enacted?

There are reasons to hope in my opinion. In looking at the trade war in general, the Trump administration is not in a winnable position as it is being negotiated. Here is the main point. Trump has demanded that the Chinese change Chinese law to accommodate his demand. Anyone that has even a small understanding of Chinese history over the last two hundred years knows that will never happen. It is a political non-starter in China no matter who is in power.

In comparing the political realities faced by both governments, the US is in a poor position. Xi Jinping has faced some political difficulties because the Chinese economy is slowing a bit. Whether or not it is because of the trade war or just the expected slowing of a hot economy is difficult to establish, but either way the heat has been on him. One thing is true however: the country is largely unified in its attitude toward the US.

Average Americans have not felt the bite yet but will if the new round of tariffs are enacted. Even at just the announcement, financial markets reacted. The Federal Reserve lowered the interest rate in anticipation of a shakier economy. The general public has yet to come to the conclusion that they are being taxed. China is not paying for the tariffs, we are. If as threatened the broader 25% tariffs are applied things are going to be painfully obvious. Trump will be forced to back down.

What is the most likely scenario? From my point of view, this is the most likely scenario based on my long experience in China. I have also spent a fair amount of time studying history and economics. Given the comparison of the political realities of both sides of the conflict, it would seem the more unified side has a distinct advantage over a sharply divided side. On our side, though we have a larger economy, we are very divided in the economic theories that are the basis for our economic decision making. There are a lot of very large corporations that are deeply invested in China, and China is a much bigger market to sell our products than anywhere. This is a very complicated trade relationship that we have with China, especially since both sides have benefited enormously from our trading partnership over our whole history.